The Rise and Rise of Tesla

Tesla cars are ultra-popular around the world. Sometimes dubbed the ‘iPhone of the electric-car industry’, how has the quirky (but extremely successful) company come so far since its conception in 2003?

Teslas are known for their quirks, here are a few

1: Tesla’s infotainment systems offer games on the giant screens playable with the foot pedals and steering wheel, turning the vehicle into a giant arcade game

2: Some Tesla cars have a ‘Bioweapon Defense Mode’ which is an A/C setting that ‘captures fine particulate matter and gaseous pollutants, as well as bacteria, viruses, pollen and mould spores’.

3: Sentry Mode, a setting for when the car is parked, sets the many cameras within a Tesla to monitor its surroundings. These can capture movement and send alerts to owners.

4: Speaking of cameras, Model 3s have a tiny camera above the rearview mirror. The internet was rife with rumors of Tesla monitoring occupants and other mysteries until CEO, Elon Musk, confirmed the cameras to be for vandalism prevention when the vehicles (probably) become ‘Robotaxis’.

5: The infotainment system can change the GPS screen to show the surface of Mars (as if you’re driving on the red planet like a Mars rover. Also, it can display a Mario Kart: Rainbow Road feature that shows the vehicle driving on a similar track to the video game. In fact, there are many Tesla easter eggs. 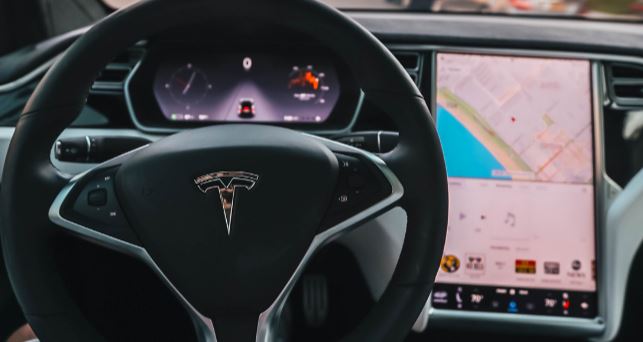 It’s common knowledge that Tesla CEO, Elon Musk, helped the EV company achieve the status it enjoys today. However, Tesla wasn’t founded by Musk – although a lawsuit filed in 2009 allows Musk to be called a ‘co-founder’.

“The two were known for their interest in sports cars and, equally as important, their concerns for oil dependence and global warming – it’s easy to see Tesla’s foundations there.”

The original founders, back in 2003, were Californians, Martin Eberhard and Marc Tarpenning. The two were known for their interest in sports cars and, equally as important, their concerns for oil dependence and global warming – it’s easy to see Tesla’s foundations there.

In 2004, Elon Musk contributed over A$8.5 million in funding to the then-new company and became chairman of the board of directors. Musk became CEO in October 2008 and fired 25% of Tesla employees to lower its ‘burn rate’.

In June 2009, Tesla received US$465 million in loans from the United States Department of Energy – one of many loans to automakers in the US at the time. Tesla repaid the loan in May 2013 nine years earlier than expected and was the first automaker to do so.

In 2008, the company released its first car, the sporty Tesla Roadster. The car had a range of 393 km per charge, huge at the time. Additionally, the Roadster accelerates from 0 to 60 mph in a lightning 3.9 seconds, rivalling its combustion engine competitors. 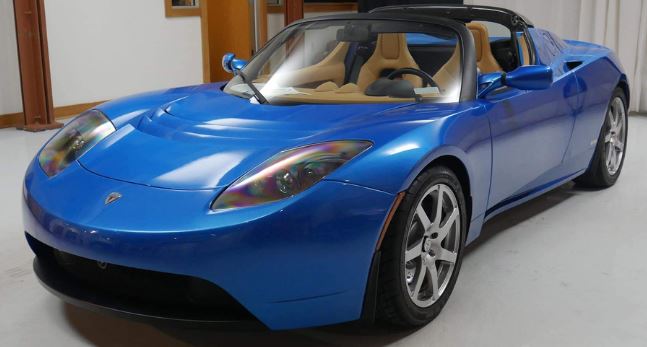 Potholes in the Road

Tesla hasn’t been without its share of hurdles along the way. The company has had money issues, lawsuits and internal disputes.

“That amount, which Tesla once needed to avoid bankruptcy, is today only 0.005% of the company’s net worth.”

Once a famous rivalry of the car world was Tesla’s battle with Fisker. If you haven’t heard of Fisker, you’re not alone. The company made luxury electric and hybrid vehicles aimed at a similar demographic to Tesla.

In 2008, Tesla filed a lawsuit against Fisker, claiming they stole Tesla’s technology. Fisker won the lawsuit and Tesla paid its rival US$1.1 million in legal fees.

The wins weren’t to last. Fisker went bankrupt in 2013 after its EV battery supplier suffered the same fate, leaving the market open to Tesla cars.

In 2016, investigative journalists found that illegal workers or workers with questionable visas had been involved in the construction of some of Tesla’s US factories.

Most claims were dismissed in 2019. However, it wasn’t good press for the EV company.

As demand for Tesla cars rocketed, (too) quick fixes were discovered. In September 2020 some Tesla owners found engine components held in place with pieces of wood and electrical tape. Reports showed that shortages of aluminium were to blame – that, and the huge demand on Tesla’s assembly lines.

One of the many jewels in Tesla’s large crown, the Nevada-based lithium-ion battery and component factory is due for completion in May this year.

Upon completion, ‘Gigafactory 1’ will have the largest footprint in the world and be completely energy self-reliant. Tesla currently operates and/or is constructing numerous factories with the name ‘Giga’: 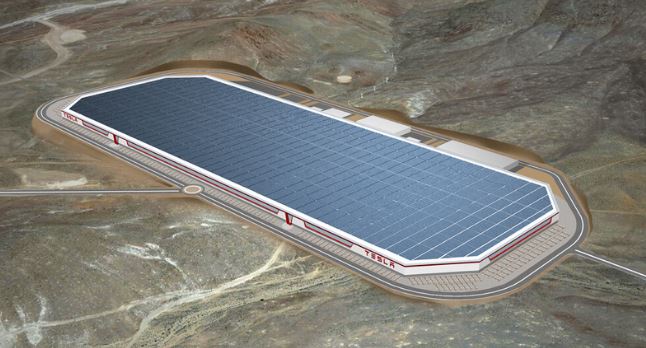 The team at OnlineLoans would be happy to see an energy-efficient Gigafactory in Australia.

It might be happening: Plans for a A$3.1 billion Gigafactory are in the works for one in Townsville, Queensland.

Predictably, Tesla has big plans. The company admits their car prices don’t suit every motorist’s budget. Tesla is aiming to bring out a A$33,000 vehicle in the next few years, making the EVs more accessible.

On the opposite end of the spectrum, Tesla also plans to release an electric semi-trailer capable of hauling over 36 tons – on par with most big trucks.

EVs are great for reducing CO2 emissions but they do put a demand on the grid. To take the pressure off, Tesla is planning solar roofs for homes, meaning the entire roof is one giant solar panel.

Fitting in well with Australia’s huge appetite for utes is the Cybertruck. The rear-wheel-drive EV ute has a ground clearance of just over 40cm (a 2020 Toyota LandCruiser has 22.6cm) and, at 5,885mm in length shows cars really are getting bigger.

The Cybertruck is made from 3mm thick cold-rolled stainless steel body panels which is more than double the width of traditional car panels. 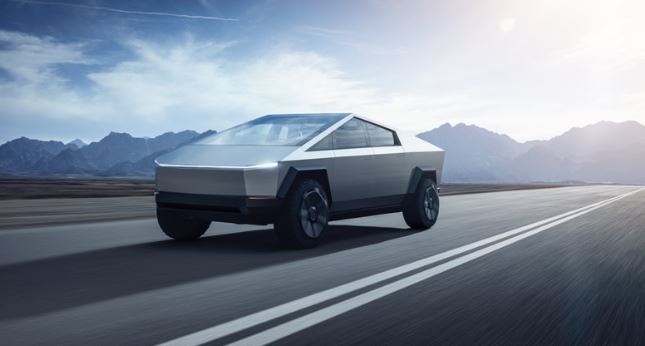 (Destined to be a hit: The Cybertruck. Source: Tesla)

If you’re interested in getting into a Tesla, you’re not alone. OnlineLoans can arrange car loans for EVs and other vehicles seamlessly and quickly.

The team at OnlineLoans has a lot of experience in arranging finance for high-end cars like Teslas. The first step is a quick quote that allows you to see what kind of rates and repayments your next car might attract.