Question: What do the following countries have in common?

Answer: The Toyota HiLux is the best-selling car in all of them.

OnlineLoans takes a look at what some call ‘indestructible’ and ‘the AK-47 of cars’: the superstar Toyota HiLux.

The HiLux was first launched in 1968. It took over from the Toyota Stout, a classic pickup truck that rolled off Toyota’s production lines from 1954 up until 1989. 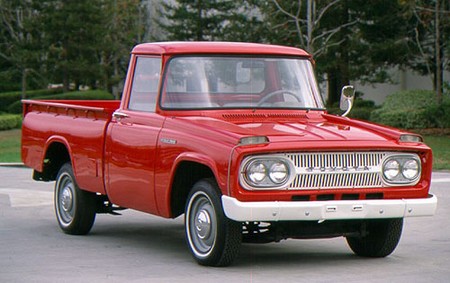 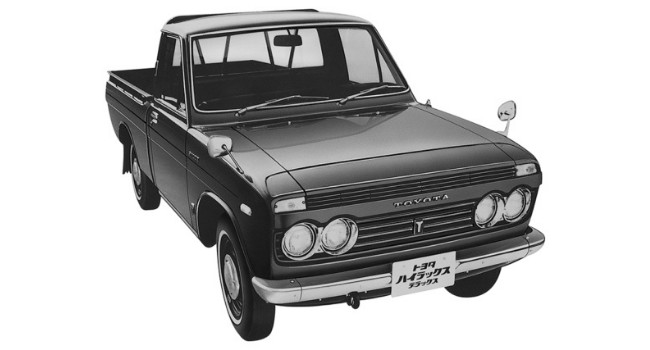 The first HiLux, the N10, came with a 1.5-litre inline-four engine capable of 76 hp. It might not sound like much (because it isn’t) but the N10 proved a successful workhorse in its day. The first generation HiLux sold from 1968 to 1972 and, although it wasn’t a car that changed the world, it certainly changed Toyota. 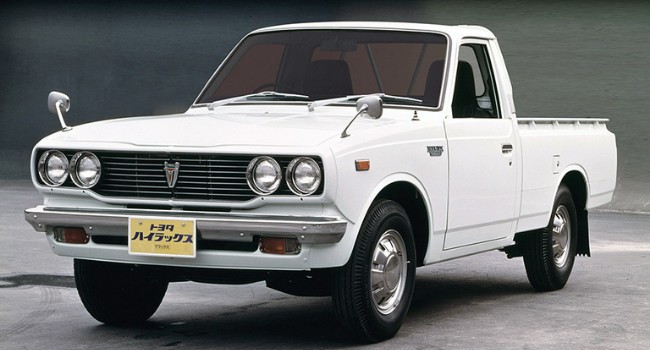 The N20 came with a slightly more powerful engine and was nicknamed the “RokeHi” in Japan which meant “Rocket HiLux”. The RokeHi wasn’t the fastest car in the world, but it was pretty quick for a ute in the early 1970s. It was sold in large numbers in North America where it was often converted into an ‘RV’ or motorhome. 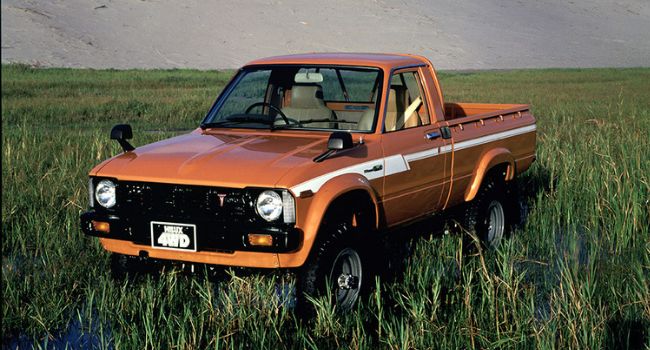 The N30 and N40 models finally received 4WD options making them popular in Australian rural areas. It was also the first HiLux to come with an automatic transmission. 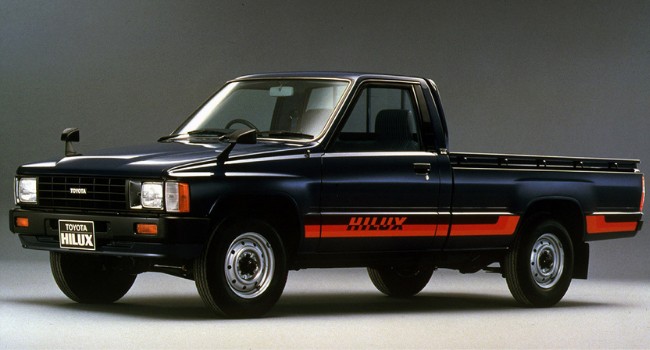 N50, N60 and N70. The HiLux received diesel and turbo options and, in 1988, finally came out with a V6. Ute challenger, the Ford Ranger, also launched in this period, forming a rivalry lasting to today. The 4th generation HiLux also featured in 1985’s Back to the Future as protagonist Marty McFly’s vehicle (not the time-travelling one!). 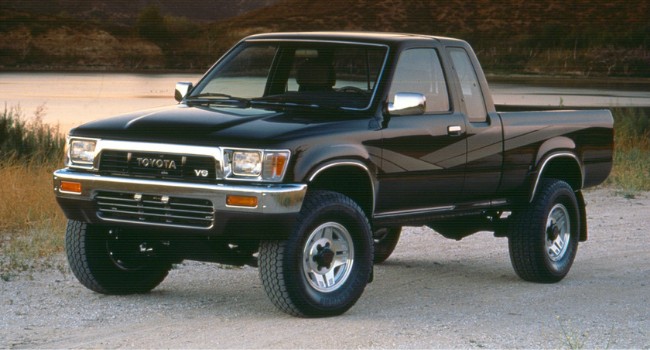 N80, N90, N100 and N110 versions. This generation was offered in 4 and 6-cylinder variants. The V6 version won Motor Trend magazine’s Truck of the Year. Interestingly, VW built and sold the Hilux from 1989 to 1997 under the name ‘Volkswagen Taro’ after it struck a deal with Toyota. 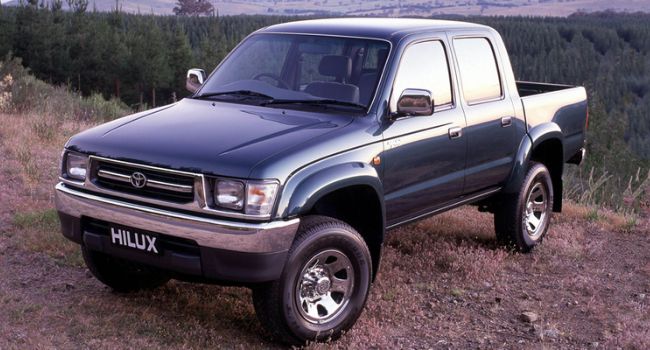 N140, N150, N160 and N170 versions. This was the last generation of the Hilux to be built in Japan. Production took place in South America and Thailand. Toyota made a dual-cab version which later became an SUV named the ‘Sport Rider’, although it was only ever sold in Thailand. 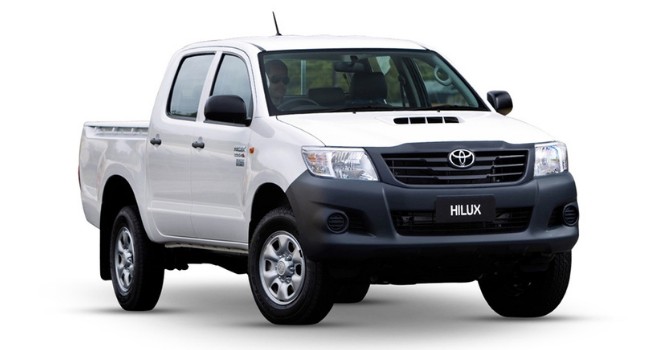 AN10, AN20 and AN30 models. Adding an ‘A’ to the model name coincided with Toyota’s new IMV program. The ‘Innovative International Multi-purpose Vehicle’ was the name of the platform on which Toyota built this generation of HiLux along with other vehicles like the Fortuner. 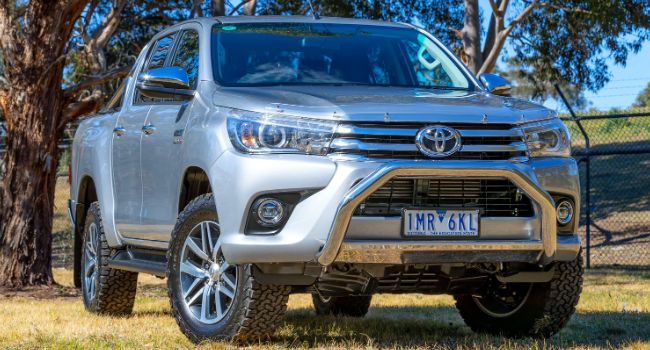 The AN120 and AN130 versions are what we know today. The model was launched on the same day in two of its strongest markets – Thailand and Australia. This series was also reintroduced in Toyota’s home country, Japan after 13 years of hiatus.

The HiLux got its lucky break in November 2003

‘Lucky’ might not be entirely accurate. The BBC motoring show, Top Gear, featured a segment on the indestructible build quality of the HiLux which proved one of the show’s all-time favourite episodes.

“The HiLux fell 23 floors where it amazingly drove out of the rubble.”

The team set out to ‘kill’ the 4th generation Hilux but fail to do so, proving the Hilux’s durability and strength.

And, most famously, it was placed on top of a tower block which was demolished with explosives. The HiLux fell 23 floors down where it amazingly drove out of the rubble. 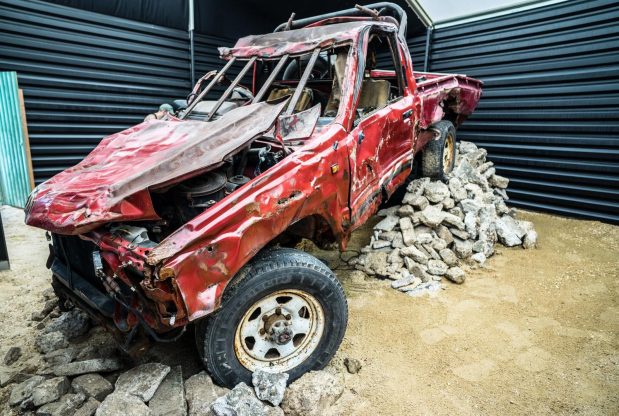 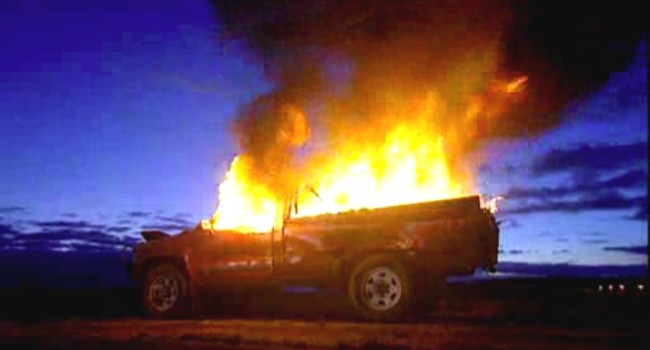 In July 2007, the Top Gear team once again put a HiLux to the test, although not as punishing. Stars Jeremy Clarkson and James May in a 7th generation HiLux raced Richard Hammond in a traditional dogsled to the Magnetic North Pole in northern Canada.

Australia isn’t the only country with a love for the HiLux.

The vehicles are assembled in Thailand and, being a kind of ‘testbed’ for the HiLux, the country has seen some interesting model variations and names. Here are a few name Thailand-specific HiLux names:

Finance for the mighty HiLux is a cinch with OnlineLoans. We offer low rates and high approvals so get a quick quote today.

Find out why the HiLux is Australia’s number one selling vehicle by getting into your own today.