Here’s Why Car Tyres Cost So Much

Like our dive into the cost of headlights, carbon fibre, and servicing, OnlineLoans finds out why car tyres cost so much:

Most people know that tyres are crucial – they’re the only part of a car that comes into contact with the road. But their mission of getting you from A to B safely doesn’t start and stop there.

At 100kp/h, your tyres really earn their money. A 19-inch tyre (about the average diameter for an SUV) spins over 1000 times per minute at this speed. The centrifugal force pulling on the tyres is intense – often measured in tons.

This force increases with weight and is one reason why car tyres aren’t made with solid rubber. The added cost of the extra rubber needed to fill a tyre is another reason. 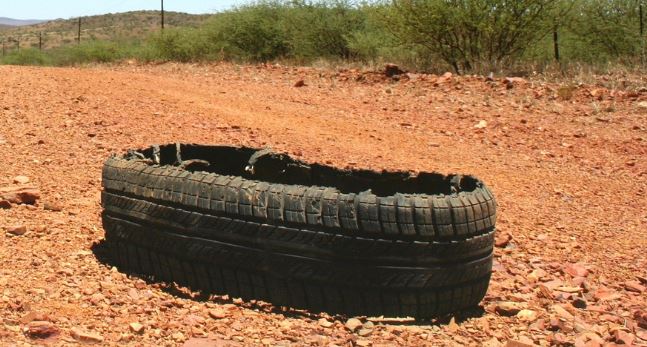 (A tyre blowout can be catastrophic)

Did you know? Natural rubber is a milky-white colour but manufacturers add carbon black as a stabilising chemical compound. Carbon black makes tyres stronger and gives them their colour.

A huge amount of research and development goes into tyres. Manufacturers aim to provide long-lasting tyres with maximum grip in all conditions and minimum road noise. That’s a tall order.

“The result of hydroplaning is the loss of braking and steering ability, causing the car to basically become a sled or barge.”

Furthermore, tyres have to suit as many different vehicles as possible in order for that research and development money to be worth it.

Vehicles with AWD and 4WD systems, which are a lot these days, need to have tyres as close to identical as possible. Modern suspension systems working with these drive systems offer passengers the smoothest and safest ride possible.

Poorly made or low-quality tyres can throw all this engineering out the window. If potential buyers aren’t happy with the ride and feel of a car, sales suffer.

Tyres play a huge role in reducing (or not reducing) road noise. Typically, tyres with larger tread patterns, like off-road tyres, made more noise on sealed roads. This is because air pockets get trapped and squeezed between the tread grooves when the tyre makes contact with the road. 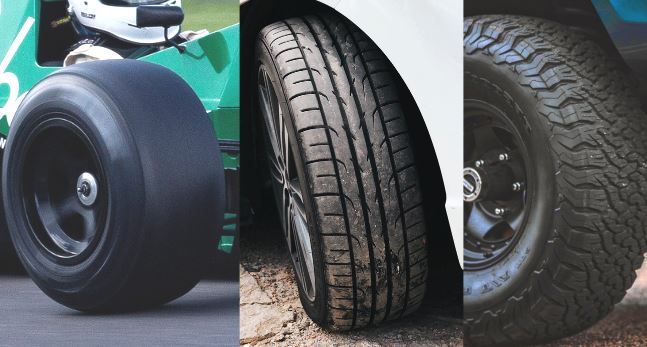 Tyre manufacturers spend a lot of money finding a quiet tyre pattern with a high grip.

Safe driving on wet roads is another job tyres are tasked with. When water gets between tyres and the road surface two situations can occur. The first, which most people are familiar with, is water (usually with the help of mud, dust and grime) acting as a lubricant. This, of course, reduces traction, something motorists don’t want.

The other is aquaplaning or hydroplaning and happens when a car drives at speed through a large puddle. Hydroplaning is when water is forced between tyres and water and actually separates the vehicle from the road. It doesn’t typically happen at low speeds as the tyres have time to push the water out of the way.

The result of hydroplaning is the loss of braking and steering ability, causing the car to basically become a sled or barge. Understandably, it’s not safe. 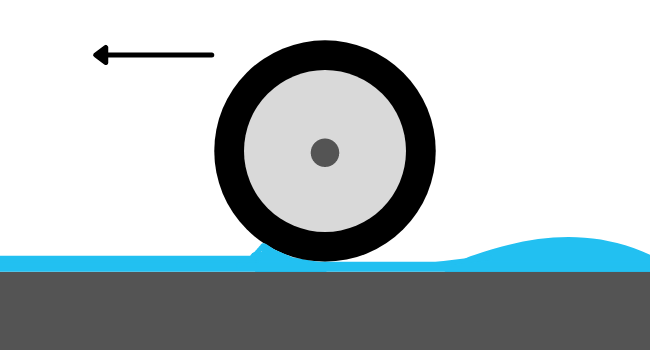 (Hydroplaning: The tyre is travelling too fast to disperse all the water between it and the road)

The grooves in tread patterns on car tyres are designed to reduce hydroplaning by channelling the water away safely.

Did you know? Roads too are designed to drain water away. That’s why the centres of roads are higher than the sides where the gutters and drains are.

Tyre improvements over the years

With the huge budgets pumped into tyre development (making them so expensive), it’s no wonder that they’ve come a ‘long way’.

“The original idea was to allow drivers to get home or to a car tyre dealer without having to change tyres on the side of a highway – possibly at night in the rain. A huge selling point.”

Today, despite cars getting bigger, some high-quality car tyres can last over 100,000km, depending on how they’re treated.

Pumping tyres up with air is nothing new. The idea became popular around 1895 and within a decade, tread patterns had been added for extra grip.

These are what we’re all familiar with today. Radial car tyres have belts and cords inside the rubber tyre which gives strength but also allows flexibility. 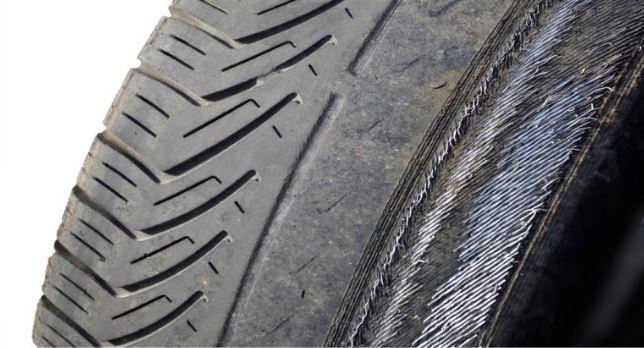 (Down to the belts: A heavily worn tyre showing belts and cords inside. Source: evanstire.com)

These may seem new(ish) if you’re not familiar with them, but run-flats have been around for a long time. They feature strengthened walls (the part of the car tyre vertical to the road) which allow cars to be driven on them even in the event of a puncture. New designs can handle speeds up to 80kp/h and last a distance of 80km.

The original idea was to allow drivers to get home or to a car tyre dealer without having to change tyres on the side of a highway – possibly at night in the rain. A huge selling point.

Ultra High Performance tyres boast much-improved handling, cornering and fuel economy. They are still pneumatic radials, but the rubber manufacturing and tread patterns are superior to prior designs. These suited the cars of the 80s and 90s and are still seen today.

Some brands like Continental have developed tyres with chemical fluids inside which self-seal in the event of a puncture and don’t take away any grip or comfort.

Brands like Michelin and others are reducing the need for rubber by adding other eco-friendly compounds. Are 200 million car tyres are discarded every year with only a small percentage of them being recycled.

The future of car tyres

Different tread patterns suit different conditions. For example, smooth tread on dry, sealed roads. Wouldn’t it be great if tread patterns could change on demand? That’s where we’re headed with the unique innovation of (believe it or not) spherical tyres. 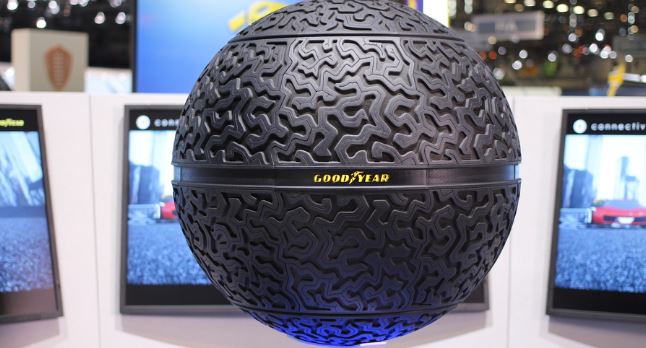 (The future: A spherical tyre, the Goodyear Eagle-360)

Allowing tyre surfaces to expand and contract could allow tread patterns to change as per road conditions. Smart tyres, like the show-stopping Goodyear Eagle-360 Urban, are aiming to, basically, redesign the wheel.

Getting a car to put tyres on

Tyres aren’t much use without a car. If you’re looking for a car loan to upgrade or just getting a new one, OnlineLoans is here to help.

Start with a quick quote to get a clear idea of what car rates and repayments will look like for you.

Wait, what does tyre manufacturer, Michelin, have to do with fine dining?

Quite a lot. Most people don’t associate car tyres with expensive wine and sophisticated meals – but Michelin does. The famed Michelin Stars are given by the tyre company and it all started with a marketing ploy.

Back in the early 1900s, there were very few cars on French roads which meant very few customers for the French tyre company, Michelin. To increase demand, the company came out with a restaurant guide aimed at encouraging motorists to drive further and therefore, use more car tyres. It worked.

The publication expanded to other countries and regions and added in hotels, petrol stations and mechanics and, of course, encouraged the use of Michelin tyres.

We take a look at the best cars for Uber Eats in Australia plus list all you need to know...

Q&A with OnlineLoans: Do I Need a Driver’s Licence to Get a Car Loan?

You need ID for a car loan and a driver’s licence to drive - but do you need a driver’s...